1945 - Mr. Antonio Constantino da Silva Campos inherits a 3000 ha area from his mother. Dismemberment of the land grants of Carvoazinho, city of Poconé, then starting the Sta. Rosa.

1952 - Marries Ms. Adelina Siqueira, future heiress of part of the 10000 ha of the Capão Alto Ferm, from the same land grant.

Until 1965, the main economic activity of this owner was in the purchase and sale of cattle and conduction of “retinue”, complementing their income with the exploration of the skin of wild animals, such as alligators (average of 3000 skins per year), ocelots, jaguars, giant otters and peccaries, among others.

Thanks to this complementation, he gradually manages to establish his own cattle breeding, reaching 1500 raising cows.

Until 1973, before the beginning of the current construction of the TRANSPANTANEIRA Park-Road, the transportation was done on horseback or ox carts. Little by little, the minitrucks and air taxi planes arrived, to the extent of existing 12 airplanes in Poconé. Today, we have 2.

1976 - When completing a year of existence of the Transpantaneira, Antonio Constantino starts receiving, in his headquarters, sporadic visitors to Pantanal, welcoming them with the well-known hospitality of people from Pantanal.

1983 - With the partition of the ownership of then approximate 7000ha, among its heirs, the son Vicente Aurélio receives approximately 350ha and the headquarters of the  Sta.  Rosa Farm, where then, with resources from Banco do Brasil, he builds and annexed to the house where he was born, 10 apartments, thus founding the Araras Inn.

Without the necessary experience, also allied to the small promotion of the Pantanal destination, Vicente is forced, by the undertaken bank commitment, to sell the property and the Inn to then neighboring farmer Mr. João Nunes Rondon.

1994 - EXPEDITOURS of André Thuronyi, already with relevant action, since 1981, in the activity nature tourism in the region of Pantanal in Mato Grosso, decided for the lease of the semi-abandoned structures of the Araras Inn, starting its recovery, both from the structural and the environmental point of view.

2000 - The purchase of the property is finally accomplished, aggregated to the previously acquired 600 ha, thus completing 715 ha.

Since 1994, the conceptual and structural bases of the ARARAS ECO LODGE project have been developing and improving, elevating it to the reference level, as a project for implementation of eco-tourism in Pantanal. 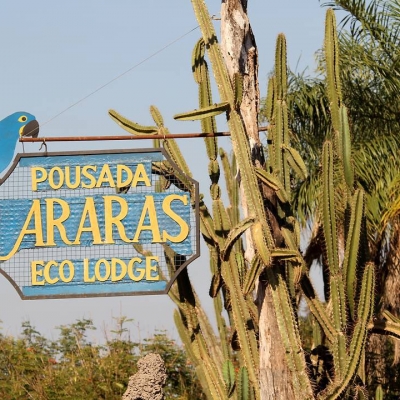 The policy adopted by the Araras Eco Lodge includes all concepts of eco-tourism, its best pract… 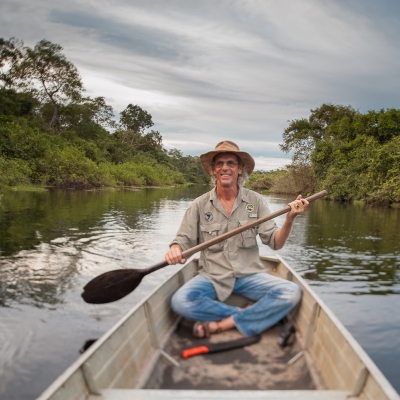 We have been involved with nature tourism (Expeditions, Eco-Tourism) since 1974, being acknowledged as pione… 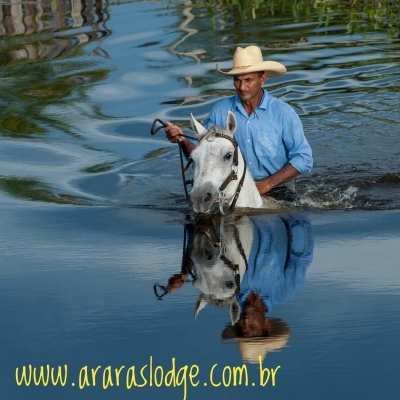 History of the occupancy of Pantanal

• 250 years ago, with the first white occupancy, Pantanal was divided into 10 families.

• Traditionally, the son, when …